GB Studio has many limitations as to what can be visually accomplished. While the program will allow you to add color, the images are required to follow a strict, 4-color palette. On top of that, sprites and actors only use a 3-color palette, the 4th "color" being a transparent layer. There's also a limit to how many unique "tiles" a background can contain. Any background image can only contain up to 192 unique tiles (at 8 x 8 pixels) at once due to memory limits. So even using the smallest background size possible, half of those tiles will be repeats. When it comes to the sprites, which are restricted to a max of 16 x 16 pixels, you are also limited to how many frames of animation you can have. Since I'd never made pixel art, much less for a game, I opted to stick to the basics and not go too wild until I made the sub-eating boss toward the end of the game.

The tools I ended up using for making the art and maps were Aseprite and Tiled. Aseprite was my primary tool for creating art. I set up guides and palettes to make sure I was abiding by all the rules for GB Studio. Doing the math and guides upfront saved me a lot of trial and error as well as freed my creativity to make levels later without worrying about breaking any limitations. Once tilesets were finished in Aseprite, I would bring those images into Tiled. Tiled allowed me to set the size of a given map and sample from an image of my choosing to create the landscape. While I could have done everything in Aseprite, Tiled is purpose built for making game maps and it made the process much quicker than if I was using Aseprite. 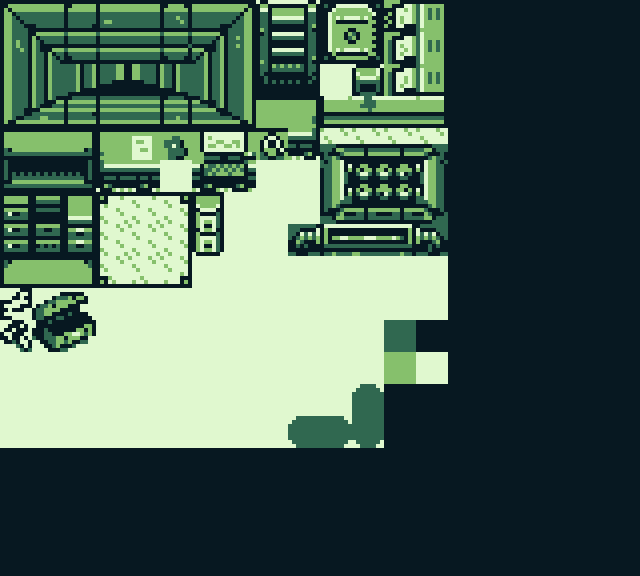 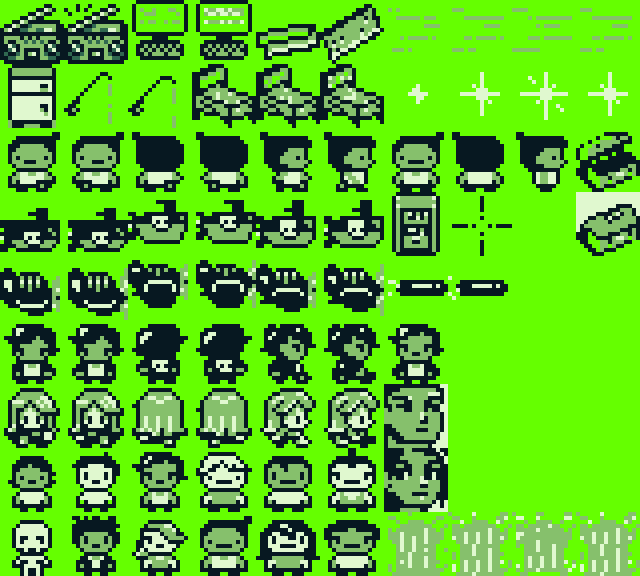 The bright green background is read in the game engine as transparent. You can also see where I imported the default GB Studio character sprite to use as reference.

While I had a good workflow figured out, I still didn't have any idea what I was doing. I sought a lot of help on the way. Brandon Greer has an outstanding YouTube channel I frequented while working on this project. Apart from consuming many of his videos at 2x speed, I also had the tileset of The Legend of Zelda: Link's Awakening open to reference. Link's Awakening is a different aesthetic from what I wanted High Tide to be, but the visual rules the game follows were the most helpful.

When I'm learning something new, I found I need to choose only one or two sources as "teachers" and go from there. There's simply too many tutorials and methods out there to learn from. Ain't nobody got time for all that.

I had an epiphany when I realized the floor tiles in Link's Awakening are usually the lighter colors while the walls were darker, using lighter colors to invoke texture and form. Brilliant! Sticking to this rule means actors and sprites don't get visually lost on any given floor. And suddenly I am reminded of rules of composition. You don't typically want your background to be competing for attention with your foreground, after all. Except for when you do... 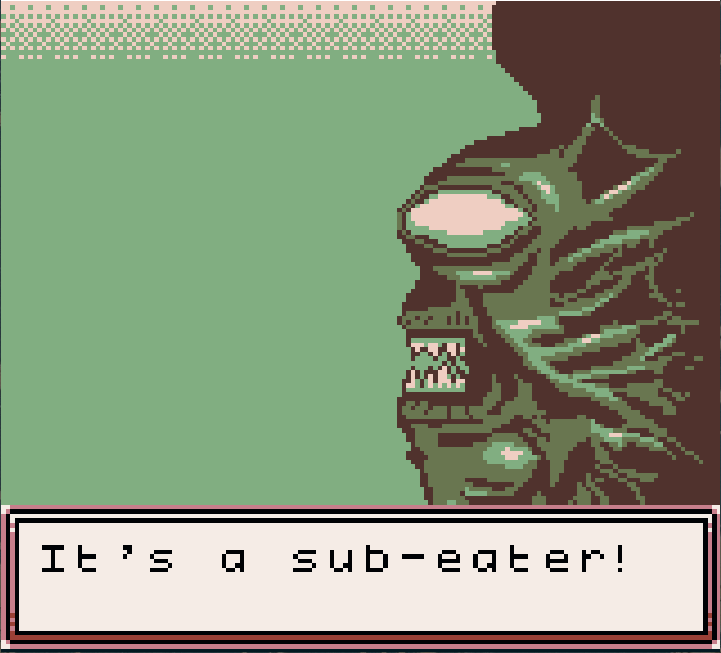 The poor fella was just hungry, that's all!

In the case of the sub-eater boss fight, the monster is actually the background, and its eye and mouth are 3 different sprites to provide the necessary hit-box and add some "life." Even after I reduced frames of animation to the creature, the boss fight scene still takes up all 25 available sprite frames. I wanted to add tentacles and other enemies to the scene, but it barely passes functionality as it is. In the future, if I make another boss fight like this in GB Studio, I'm gonna spend more time coming up with alternative ways to make something look totally rad without bumping into the performance ceiling.

I don't have a formal background in music theory, but I've saturated my life with it. GB Studio had a good curve ball to throw at me when I learned it doesn't deal with sound files so much as it does with "MOD" files, something akin to MIDI files; Another thing I had only cursory knowledge of.

The GB Studio website has a good list of resources and information on creating music and sounds. I read over these pages and always had it open as I jumped back and forth from making music and testing it out.  My teachers for this particular stage in the process were this video from Goodnight Girl and this video from Robert Doman. (If either of you ever read this, y'all are phenomenal.) Doman pointed me toward the direction I'd ultimately go, using OpenMPT and getting a lot of help from this amazing chord player from One Motion. It took a lot of research before I was able to get into any sort of music making groove. 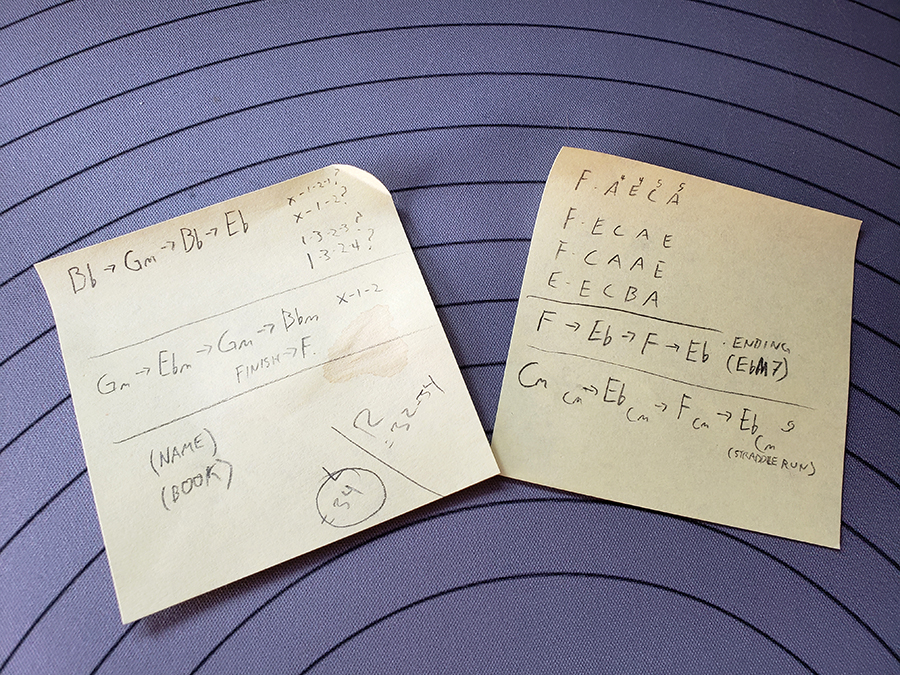 I promise this made sense to me at some point

Making music usually started with coffee, tears, and making a drum track. Once I had a beat, I would hop over to the chord player and mess around till I found a chord progression I liked. There's no exact science here, I just fiddled around until something simple stood out. The important part to remember was that a lot of these songs had to be short and easily looped, as some folks would get through levels quickly and risk finishing before the song got to the good part. As a way to really tie everything together, I wrote all the songs in the same key, G minor (major for the boss-defeat melody).

There were many failures. A lot of mangled, ghoulish sounding files I'm too afraid to delete, and too horrified to open. These made the cut (and sound a little different from the in-game songs due to rendering software).

Testing came at the 11th hour. I had barely finished getting the boss fight working before I asked my partner to give it a go. For comfort's sake and familiarity, I even ported it onto a Game Boy cartridge. GB Studio is really great, I will remind you. Help and feedback also came from my brother and my friends. They were gracious enough to test it out on phones, tablets, and PC as well. I worked on final polishing and bugs until a few hours before the submission deadline. Even then, there were small bugs here and there that needed patching in the weeks to follow. 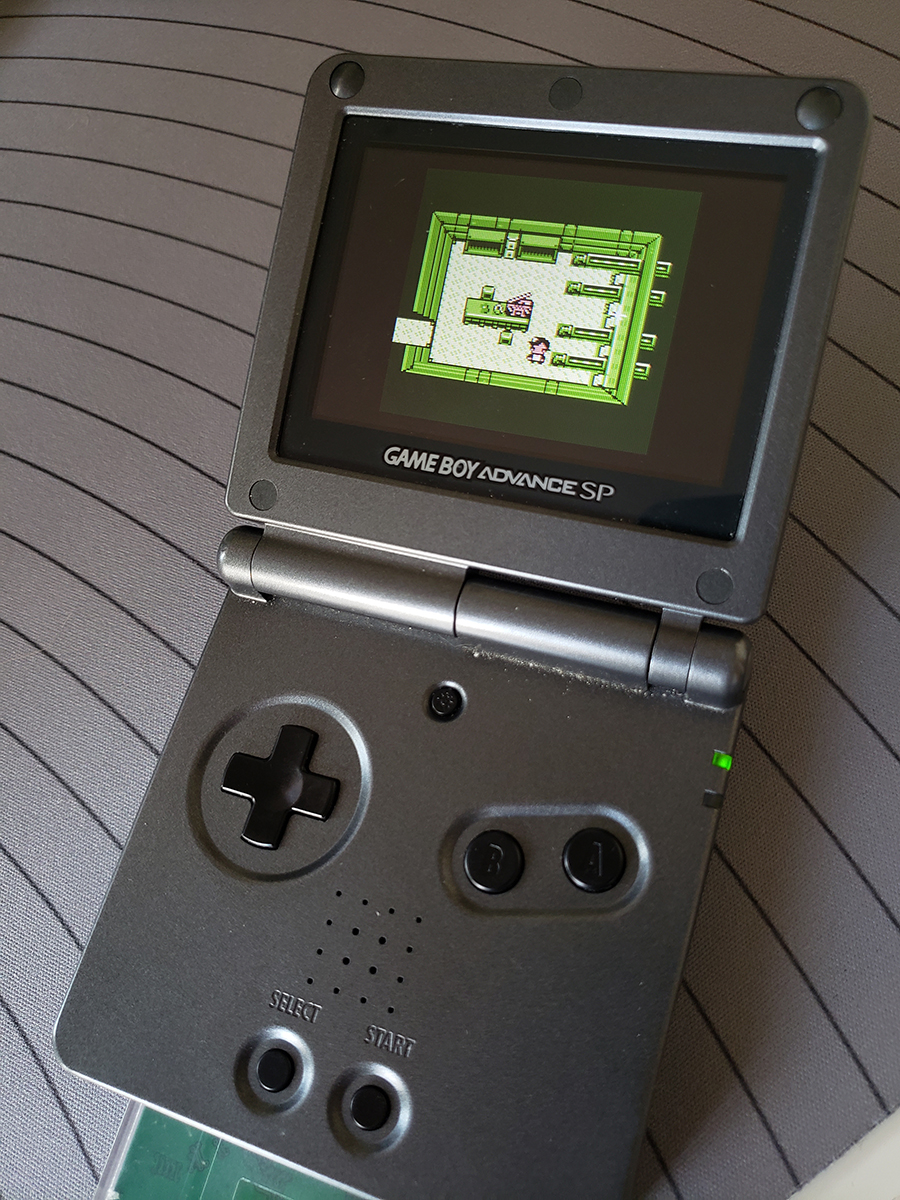 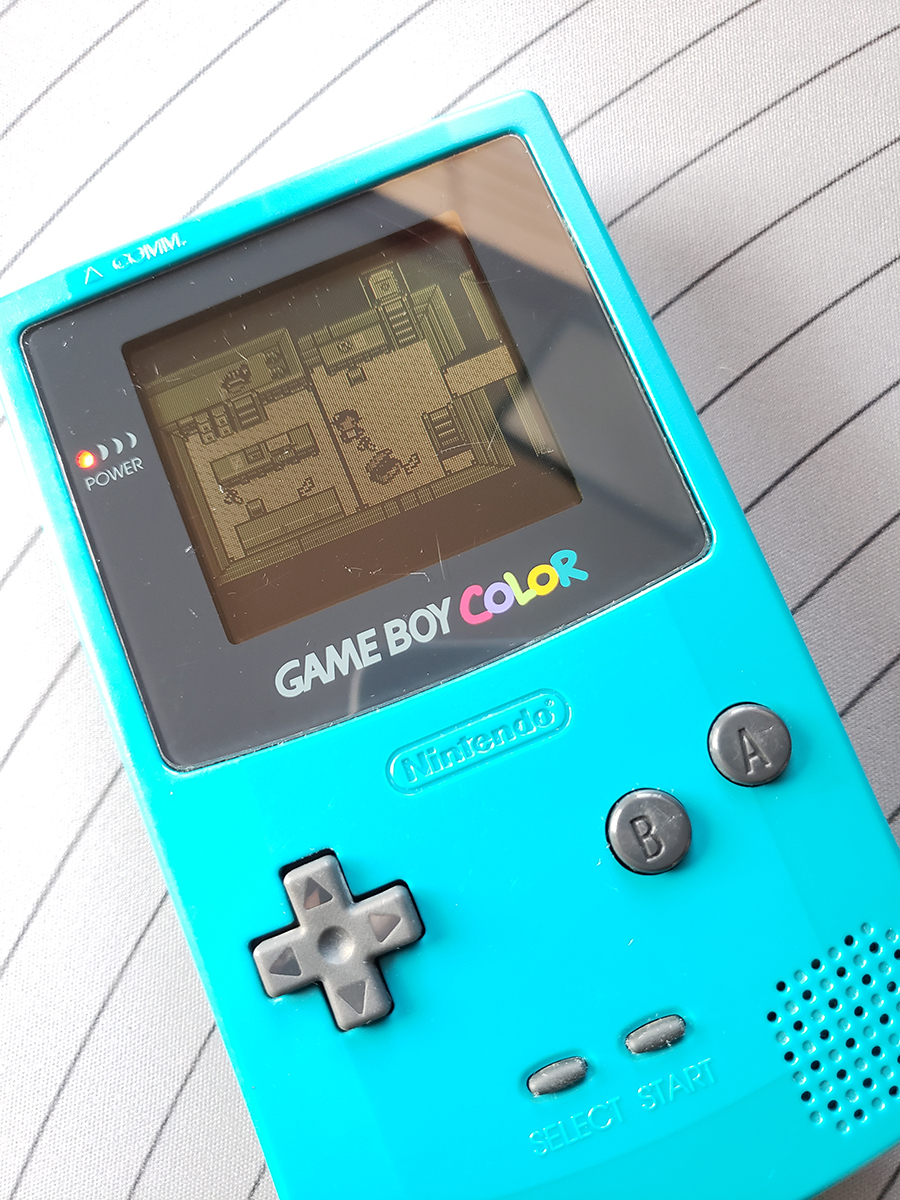 I underestimated the value of watching strangers play my game, but if you played and streamed/recorded video, know that I watched and learned a lot.